If you don’t have some sort of dating app downloaded on your phone, you’re lying, or you’re a Luddite. Honestly, dating apps have gone from hush-hush, we can lie about how we met bullshit to an acceptable social norm. I think that most people would consider you more normal for having one or more dating apps on your phone than they would if you didn’t.

Now that we’ve found ourselves in the era of online dating, there are a whole new set of trials and tribulations that we must deal with. And I don’t just mean dating in general. Dating via app or online is a whole different ball game. We have the luxury (or rather curse, depending on how you look at it) of social media and constant connectivity. The world is smaller. We’ve gone from leaving landlines and answering machines to cell phones and the tendency to launch into worry if the other person doesn’t answer their phone immediately.

That being said, let’s turn the attention back to the app (this doesn’t need to be another think piece about the effects of social media). Which app should you download? Just like you might be picky about the kind of restaurant you want to go to for dinner, you should be similarly critical of your dating apps. Don’t just go for Tinder and call it good!

For the gay community, we deserve our own space… and thankfully we have our own apps for that! That being said, here are the top gay dating apps out right now!

SCRUFF is my favorite gay dating app for a million reasons, but I will try to be concise in this article. Scruff might look like your average grid-style dating app, but it’s not that simple my friends. It’s more than a dating app; it’s a community. Firstly, let’s talk about the way they advertise: all of their models on the front page of their website are of different ages, body types, fit into different gay stereotypes, and are ethnically diverse! What more could you want than inclusivity?

Secondly, let’s talk about their event page. Their event page allows you to find gay events in your area and communicate with people who are going before the day of! Plus, if you RSVP and attend a SCRUFF event, you can get free or discounted upgrades to your dating account! Their upgrades also aren’t total bullshit for once.

Thirdly, they have a travel page. This allows you to find gay-friendly hotels, bars, and venues when you’re traveling to your next vacation destination. It also lets you talk to locals and other gays who’ve been there to get travel tips! You also might be able to meet up with some of these people while you’re there!

When it comes to dating apps I feel like SCRUFF is one that goes above and beyond expectations. Not only are they going to help you find a boyfriend (or a fuck buddy or a one-night-stand or whatever you please), they’ll help you do that before your trip while giving you travel tips and events to go to. I feel like SCRUFF is the best app. 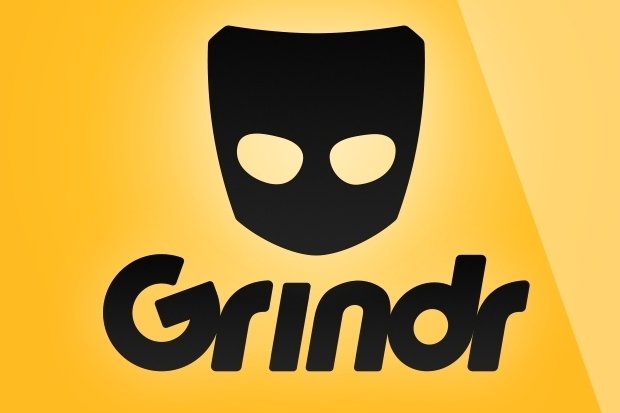 How can you call yourself a gay without having downloaded Grindr onto your phone for at least a few months? While I totally recognize that Grindr isn’t for everyone – like Tinder isn’t for every straight person – it definitely has its place in the gay community. Similar to Tinder, it’s an institution in the gay dating space.

Grindr can be a hotbed for prejudice disguised as preference and a whole lot of casual nudity, but it does get the job done if you’re looking for random NSA hookups. Their upgrade isn’t my favorite of all the premium dating services, but I’m not 100% against it. I’m just a huge proponent of only spending my money on stuff I find worth it.

Regardless of what I think Grindr’s shortcomings are, the site has one of the largest user bases on the planet. Like I said before, almost all gay men have at least dipped their toe in the Grindr pool. Plus, they allow you to search for guys globally so you can get some fuck buddies set up before your trip!

This is another site that totally wins when it comes to representation in their advertising. They make sure that they have every stereotype represented in their banner and their questionnaire – everyone from bear to twink to twunk to otter! Honestly, I think that this app could start to make a huge come up in the gay dating space.

They don’t have a huge user base yet, but that’s mostly because they make everything super exclusive (which is totally understandable when bots are taking over all the apps). You have to pay to use the app, but they also make a lot of people pay for all the good dating sites online (think E-Harmony!). So, while it’s not at the top of the list, it’s still on it!

So since this list is the top 3, I didn’t have space to put this app in… however, Hornet does totally deserve an honorable mention because the app is definitely up there with the rest of them! It’s just not at the tippy top of the list. What I like about this app is that they like SCRUFF have a community vibe associated with their app.

Aside from sign-ups on their webpage, you’ll be met with blog posts and interviews with staples of the gay community like Bianca del Rio herself! When you click through to their community page, you’ll find that their blog is no joke! Honestly, I thought I was on gay-Cosmo for a second! Their posts are no joke; they’re extensive and meaningful. It’s not just bullshit content.

They also have a travel page, but they have these great city guides that are curated by their staff! Plus, they have a health page. Topics of sexual health are largely taboo within the gay community. But with HIV no longer being a death sentence, more people are being encouraged to have open conversations about their sexual health. Hornet is clearly trying to accomplish this with their health pages!