How many times have you signed up for a dating app and selected your religion just to move onto the next step?

When you take your religion as seriously as Muslims do, and make it a central part of your identity, it’s reasonable to see why you’d think it deserves more than a checkmark in a box. However, most dating apps see religion as just one of the minor details about yourself that can be listed in your profile description in one word. Instead of describing how Islam influences you and your life, your description box is meant for you to talk about yourself on mainstream dating apps.

But if Islam is central to your identity as a Muslim, and you want to make it a central part of your relationship as well, you need a different kind of dating app.

Here are three of the top niche Muslim dating apps you need to try this year for a different kind of online dating experience. 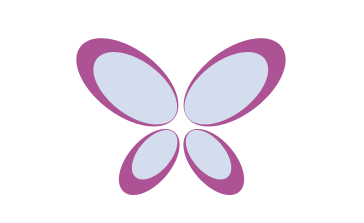 For those of you with marriage in mind, Helahel is a Muslim matrimony site aimed at introducing you to other Muslim singles who share your traditions and values. Having a site like this makes it easier for Muslim singles to mingle and interact with people who want the same things as they do.

There are more potential grooms than brides on this site, so women have the upper hand in choices. But thousands of people are using Helahel so you won’t even feel the difference most of the time. One of the reasons why Helahel has so many users is because it’s entirely free to use matrimony service. You don’t have to pay to sign up or access the site and all its features, something becoming rarer and rarer in the dating site world.

Helahel wants to make it easier for you to meet Muslims outside of your usual routine or in close proximity, like work, school or your local Mosque. When you use online dating sites, you could be surprised at the number of people in your area who use the same dating site. You could be opened up to a whole new population of your area that you never knew existed before.

Signing up for Helahel takes less than a minute, and once you’re in the site, you’ll have access to one of the largest Muslim dating networks online. There are features to assist you with your dating experience on Helahel, like a message inbox and search tool.

Helahel is a great Muslim dating site to try because it’s completely free, so you have nothing to lose except maybe time, but with this site, I doubt it.

The next dating site to try in 2019 is LoveHabibi, the Arab, Muslim, and Arab Christian friendship, marriage, and dating site.

Because this site is not completely centered on marriage and dating, it acts as a sort of social site. People who are Arab, Muslim, or Arab Christian join this site, either through connecting their Facebook or manually, to make various types of connections not limited to romantic ones.

But there is still a substantial population of people who want to date and find their marriage partner.

After creating your account on LoveHabibi, you can specify what it is you’re looking for, be it marriage, meet people/dating, or just looking for friends. While this site is specially made for Muslim people, you can choose some different religions as your selected religion, so keep that in mind in case you see anyone on the site who isn’t Muslim.

Unlike some other dating sites you may sign up for, messaging on LoveHabibi is always free when contacting your matches. These are the people who you like, and who likes you back. However, LoveHabibi is not always free to use. You can get unlimited access to all of LoveHabibi’s features when you upgrade your membership to Premium.

One thing to keep in mind when using LoveHabibi is that “better profiles do better,” meaning that if you want to rank higher in search results, and ultimately, do better on this site, you need to fill out as much of everything as you can. Including profile pictures and filling out all descriptions, for example, is a way to do this.

This site was created by people who understand what it’s like to be Muslim and Arab, and how it can sometimes be challenging to find a partner who shares your cultural and religious values. They hope that the answer to alleviating this problem is by using LoveHabibi, and if you sign up to try out LoveHabibi, your problems could be solved, too.

Finally, we have Muslima; it is a part of the niche dating network Cupid Media, which is responsible for various other successful niche dating websites. Their websites usually display the same features and layout, but each is catered to a specific demographic, this one being Muslims.

As one of the leading Islamic matrimonial sites, there are about 4.5 million members from around the world using Muslima in hopes of finding their partners. You can trust that Muslima is genuine and that they know what they’re doing when it comes to dating. If you visit their site, you can read up on some of the many success stories people had using Muslima.

When you’ve finished reading those and get inspired to find the love of your life, you can join Muslima. It’s the only Muslim dating app on this list that is actually an app, but is only available on Google Play for Android users. But those with iPhones need not worry; you can still use Muslima through their website.

Again, it’s a quick sign-up process for joining Muslima. When you’re completed and entered all the standard information asked of you, you can continue to fill out more information about yourself. Cupid Media is big on sharing your personality and interests and letting them shine through your profile to provide you with better matches. You’ll find yourself talking more about yourself and filling out information that describes you probably more than ever before.

This is good for people who hate the superficialness of online dating, and would rather use a dating site that focuses on who people are versus how they look.

Your homepage on Muslima will always show recent matches, but if for some reason you don’t see anyone you’re interested in, you can always improve your matches by editing your criteria. The criteria for matches on Muslima is very extensive and is designed to find you the perfect person. When you find them, you can communicate with them through inbox messages.

Muslima is also not always free, and need to upgrade to access all features.